So many people are so quick to right off a book because it's self-published......WHY???? Several of my FAVORITE BOOKS EVER (including this one, Compis, The Scourge, Untraceable, you get the point) were self-published. And people are always saying that they won't read self-pub. books because of grammar errors and other stuff like that. (I'm really going to have to write a post on this topic) Okay, that was a huge tangent. Back on topic now, If you've heard that this book was AMAZING, then that person who told you is very trustworthy. BECAUSE THIS BOOK IS EPIC!!!

THE PREMISE
It's been six weeks since angels of the apocalypse descended to demolish the modern world. Street gangs rule the day while fear and superstition rule the night. When warrior angels fly away with a helpless little girl, her seventeen-year-old sister Penryn will do anything to get her back.

Anything, including making a deal with an enemy angel.

Raffe is a warrior who lies broken and wingless on the street. After eons of fighting his own battles, he finds himself being rescued from a desperate situation by a half-starved teenage girl.

Traveling through a dark and twisted Northern California, they have only each other to rely on for survival. Together, they journey toward the angels' stronghold in San Francisco where she'll risk everything to rescue her sister and he'll put himself at the mercy of his greatest enemies for the chance to be made whole again.
(Summary from Goodreads)
THE PROS
1.) Penryn. I LOVE HER!!! I'm not even exaggerating here. She is so awesome. She loves her sister and will do anything to protect her even if that means walking into an angel stronghold. She's an amazing fighter......AND JUST AWESOME.
2.) Raffe. So I'm not a big angel an. (Although recently I've been on an angel kick.) I think the only angel I can say I've liked is Unearthly. So I was worried I might not like Raffe. BUT I couldn't have been more wrong!
3.) The action. There is so much going on in this book and it's so fast paced.
4.) The uniqueness. This idea seems so unique and different!! I've never read another book that attributes the fall of the world to angels.
5.) There was NOT long monologues about religion. When I read a book inner monologues (especially religious ones) can kill the book for me. (Cough cough The Dead and the Gone)
6.) Okay truth is I think I loved practically everything about this book.
CONS
NONE
OVERALL
I LOVED Angelfall and can't wait for the next book in this series. By now you may have heard about how good this book is but never picked it up. Thinking something like, its not my style or it looks boring. Are you crazy?! Just read the book. 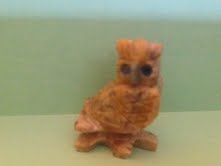