When I first got this book, I was super excited. I loved the idea of and asteroid mutating human DNA and covering the world in dust. (Kind of reminds me of the extinction of dinosaurs!) And at first, I really liked the book, but as it went on, I found it becoming considerably less enjoyable.Why? The entrance of certain characters among other things. Anyhow, here is my book breakdown:

THE PREMISE
In a post-apocalyptic world, where the earth is buried by asteroid dust that’s mutated the DNA of some humans, orphaned, sixteen-year-old Glory must protect her younger brother and escape the domed city that’s been her entire world.

Outside in the ruins, they’re pursued by the authorities and by sadistic, scab-covered Shredders who are addicted to the lethal-to-humans dust now covering the planet. Glory’s quests to transport herself and her brother to safety make up the thrilling and fascinating first volume of The Dust Chronicles.
(Summary From Goodreads)
THE PROS
1.) As I already said, I love the concept!!! Asteroids are AMAZING!!! (I could seriously go on a rant about the total and complete awesomeness of asteroids!!!)
2.) In the beginning I really liked Glory. She was strong and capable and cared so much about her brother. She cared so much she was willing to hunt rats!!! That's really saying something right there.
3.) Cal. Yup I liked him and the role he played in the story. He seemed nice even though he was recruited to be a spy. I did not hate him as much as I hated certain other characters....cough, cough BURN.
4.) Although confusing I liked the concept of Deviants, even though it seemed similar to Divergents from Veronica Roth's series. I thought the mutations from the asteroids was great. (It wasn't ever really explained too well.)
5.) The adventure. I liked how Glory finally got to leave the Compound!!
THE CONS
1.) Burn.............Okay when I hate a love interest it will ruin the WHOLE book for me. (Embrace) You see years in the future when I'm reminiscing over all the books I've read, I'll think of a book such as this one. Can you guess what my first thought would be???? Oh, yeah I remember that book it's the one with the creepy love interest with serious anger management issues right???? That is not how a book should be remembered.
2.) Glory and Burn on their adventure. Yeah I know I said I liked the concept of the adventure, but the execution? NOOOOOOO!!! Glory is weak and dependent on Burn. She is the damsel in distress........*SIGH* All she could think about was Burn and sometimes about catching up to her brother an Dad. YUCK!!!
3.) The end. I liked and hated it. I loved that Glory went back to the compound. I loved that Burn showed his true colors, BUT it went by to fast....
OVERALL
I felt that there was too much crammed in this book and not in a good way either. The love triangle wasn't good, (In my opinion) because Burn ruined it. (HE IS EVIL) But other than those aforementioned issues I found this book to be a fairly enjoyable read. If you cut out all parts involving Burn (meaning most of the book) I think this book would be a potential five star candidate!!!
WOULD I READ THIS BOOK: YES, even with all of my complaining I still liked it.
WOULD I BUY THIS BOOK: MAYBE (PROBABLY)
WOULD I RECOMMEND THIS BOOK: If you love similar genres and are looking for a quick read.
WILL I READ THE NEXT BOOK: YES
WILL I READ MORE BY THIS AUTHOR: YES 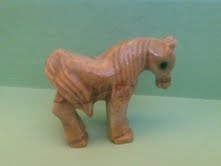