So I had been hearing a lot about this book. Many were saying it was there favorite time travel book. So of course I was going to be interested! I love time travel. And here is what I thought:

THE PREMISE
Gwyneth Shepherd's sophisticated, beautiful cousin Charlotte has been prepared her entire life for traveling through time. But unexpectedly, it is Gwyneth who in the middle of class takes a sudden spin to a different era!

Gwyneth must now unearth the mystery of why her mother would lie about her birth date to ward off suspicion about her ability, brush up on her history, and work with Gideon—the time traveler from a similarly gifted family that passes the gene through its male line, and whose presence becomes, in time, less insufferable and more essential. Together, Gwyneth and Gideon journey through time to discover who, in the 18th century and in contemporary London, they can trust.
(Summary from Goodreads)

THE PROS
1.) The concept. I've read time travel books before, but none were similar to this idea where there were certain people born into certain families, born on a certain date could time travel. This concept was unique and very interesting.
2.) This book was translated into English and I found the translating to be really good. For the most part it flowed easily.
3.) I liked Gwen. Although at times she was a bit little kiddish, for the most part she was a strong fun main character.
4.) The other characters. For the most part I really liked them. They were all pretty fun and interesting. I did feel as though I didn't connect with most of the character, BUT I still liked their quirkiness especially Great-aunt Maddy. She was great!!!
5.) One of Gwen's first time travels. That got me so curious that even if I didn't like the book I would keep reading, just so I could find out what happened!!
6.)Great-aunt Maddy's vison. I thought that was a good touch. It adds to the Mystery of the book.
7.) I liked Gwen's talent. She could see things like ghosts that no one else could see. Very interesting.

THE CONS
1.) Gideon irked me sometimes. I thought he was a good character and all, but so many times I just wanted to punch him....
2.) I felt as though the book was only getting started. I wanted MORE action, MORE adventure. I thought the pacing was good, but the book was lacking something. What it was is unclear to me, but there was just something missing. Almost like the book was only just beginning. I did not feel content.

THE OVERALL
I thoroughly enjoyed this book. It had all of the things that make a book, a good one.(action, adventure, some romance) I would not go as far as to say that I thought that this was the best time-travel book I've ever read, but this series definitely deserves recognition. Oh just to add, that ending; REALLY???? Now I'm going to have to buy the next book!!! (It wasn't exactly a cliff hanger, but something exciting happened!!)
WOULD I READ THIS BOOK: YES
WOULD I RECOMMEND THIS BOOK:YEAH
WOULD I BUY THIS BOOK: YES
WILL I READ THE NEXT BOOK: SOONER OR LATER (preferably sooner)
WILL I READ MORE BY THIS AUTHOR: YES, as long as it's translated to English!! 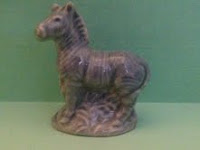