So you have some of the biggest names in the book world, writing short stories. Each story is a take on a dystopian future. Each is unique. Many are exciting. Some are heartbreaking. Not all of them are amazing. You would think that each and every one of these stories would be filled with perfect amount of action and adventure. With the kind of characters that you can immediately connect to. Well that is an overrated notion. There were some real gems in here, but definitely not what I was expecting!
THE PREMISE
Gripping original stories of dystopian worlds from nine New York Times bestselling authors, edited by Melissa Marr and Kelley Armstrong.

The world is gone, destroyed by human, ecological, or supernatural causes. Survivors dodge chemical warfare and cruel gods; they travel the reaches of space and inhabit underground caverns. Their enemies are disease, corrupt corporations, and one another; their resources are few, and their courage is tested. 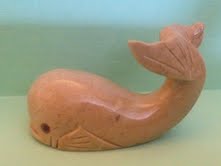 
HAVE YOU EVER READ SHARDS AND ASHES? WHAT DID YOU THINK?
(And if you understood some of the things that I didn't, EXPLAIN!!)
The writer of this awesomeness is Fly to the Sky completed (or at least posted) at 4/27/2013 05:03:00 PM