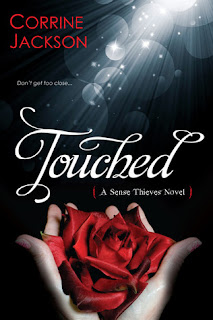 How I would Blurb it: An intriguing story line with a flaw in the development of the romance.

This book was....interesting. The idea of it was so cool! I mean, a girl who can heal people by assuming the injury? So AWESOME! I've heard the idea before and I may have even read something similar, but the whole idea is just so cool to think about this! I don't know how I feel about this book. I still don't know how I'm going to rate this book. And I really hope that writing this review will help me straighten my thought...So here it goes...

THE PREMISE
Remy O’Malley heals people with touch—but every injury she cures becomes her own. Living in a household with an abusive stepfather, she has healed untold numbers of broken bones, burns,and bruises. And then one night her stepfather goes too far.

Being sent to live with her estranged father offers a clean start and she is eager to take it. Enter Asher Blackwell. Once a Protector of Healers, Asher sacrificed his senses to become immortal. Only by killing a Healer can a Protector recover their human senses. Falling in love is against the rules between these two enemies. Because Remy has the power to make Protectors human again, and when they find out, they’ll be coming for her—if Asher doesn't kill her first.
(Summary via GoodReads)

THE PROS
1.) The first half of the book was so fast paced and interesting. The first chapter sucks you in and really makes you wonder where this book is going to go.
2.) Remy was a really strong character.....for the first half of the book. She wasn't afraid to try and save her mom and stand up to her dad. She believed in what she was doing for her mom.
3.) As I've already mentioned, I LOVE THIS IDEA!!! Assuming someone's wounds in order to heal them is such a neat idea. The one thing that bothers me is that I feel I read this same exact concept in another book. (Not that this affected my view of the book, but I just can't remember what book was like this.)
4.) Lucy. I really liked her. She was the concerned sister and she was very sweet. She was probably my favorite character in the book!
5.) Gah!!! The cover!! It's just so pretty!!!

THE CONS
1.) This to me seemed like insta-love and a cliched scenario all rolled into one bundle of joy with a gorgeous cover. Imagine this scenario (you've seen it millions of times)
-Broken girl sees hot guy.
-They hate each other.
-Or so it seems
-They then decide (after much arguing) that they are actually in deep like.
-Moments later something drives a wedge in their relationship
-They then get back together after they realize that they are better together and declare their undying love.
-They then get their happily ever after. (at least for the moment)
This is so cliched!!! AND on top of this cliched scenario THERE IS INSTA-LOVE!!! I did not see either Asher or Remy fall for each other. It was all of a sudden like----BAM----I LOVE YOU. You are my world...BLAH, BLAH, BLAH! I don't want to hear it!!!
2.) The villain, (Remy's stepfather, Dean) was your average villain. He was full of evilness. Once again it was just so cliched.
3.) And then you have the clueless dad who after realizing he wasn't a good parent tries to win his troubled daughter back.
4.) WHAT WAS WITH THE RANDOM FLASHBACK IN THE END???? All of a sudden they were talking and BAM flashback! Out of no where.....It really annoyed me....
5.) Asher is a total creep. First he takes pictures of Remy (in a creepy way) And then he goes into complete creeper psycho mode. Then.....Hang on I'm going to need to put a spoiler here...**SPOILER** He freaks out at Remy and attempts to kill her, but her being totally dumb, and not at all afraid of him. Stands there and takes it. They then decide that he's only doing it because he fears for her safety....Yeah, Okay. Go on believing that.
6.) Remy became defenseless. She started of SO STRONG and ended up being so dependent on Asher and her Dad. It really started grating on my nerves...
7.) The second half of the book was a drag...I considered DNF. (Which is so unlike me) but I stuck through it...
8.) Is it just me or is a creepy old guy as a love interest weird. I tend to stay away from books that have immortal beings as love interests (unless the MC is also immortal) but the whole idea felt creepy.....

OVERALL
Okay, when I first started this review, (like a week ago) I had no idea about how I was going to rate it. But after writing this review, ny thoughts have settled and I've realized that I really didn't like this book....I wanted to, but it was so cliched (to me anyways.) The idea was great but I did not like the execution...at all. So I'm going to give this book two stars and I have to say I was expecting so much more. This book just fell short for me...
WOULD I READ THIS BOOK: NOT LIKELY
WOULD I BUY THIS BOOK: NO
WOULD I RECOMMEND THIS BOOK: NOPE
WILL I READ THE NEXT BOOK: PROBABLY NOT
WILL I READ MORE BY THIS AUTHOR: Maybe, her writing style was enjoyable she just needs better characters. 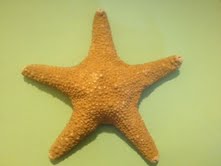 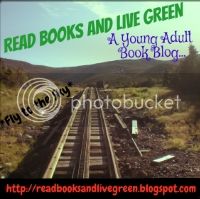