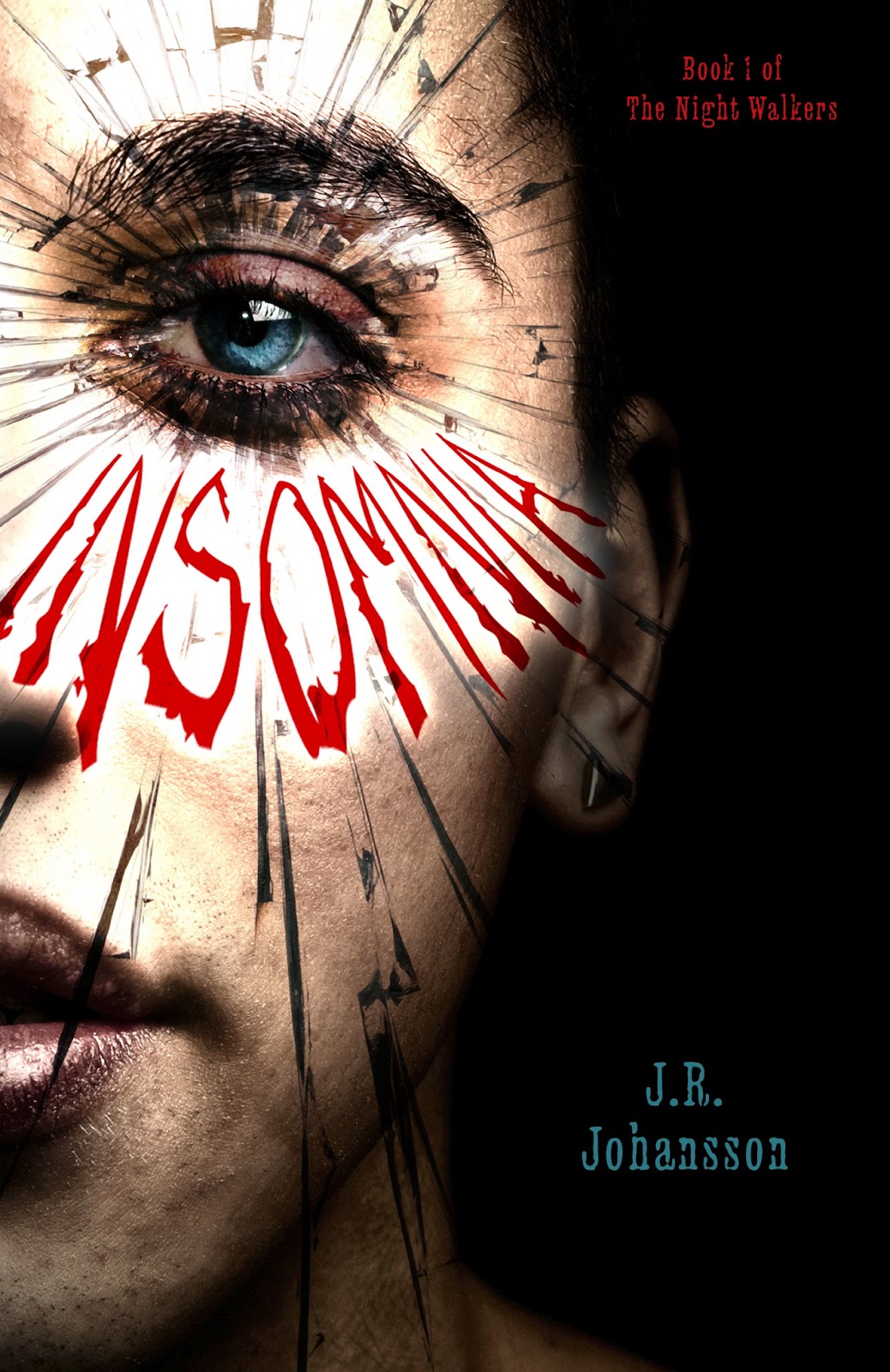 So today I am hosting a stop in the INSOMNIA BLOG TOUR. And THERE IS GOING TO BE AN EXCERPT!! But before that, I'll give you a bit of information about the book:

Her eyes saved his life. Her dreams released his darkness.
After four years of sleeplessness, high school junior Parker Chipp can’t take much more. Every night, instead of sleeping, he enters the dreams of the last person he’s made eye contact with. If he doesn't sleep soon, Parker will die.
Then he meets Mia. Her dreams, calm and beautifully uncomplicated, allow him blissful rest that’s utterly addictive. But what starts out as a chance meeting turns into an obsession; Parker’s furious desire for what he needs pushes him to extremes he never thought he’d go. And when someone begins terrorizing Mia with twisted death threats, Parker’s memory blackouts leave him doubting his own innocence.
*******
Sounds great, right? And to make the book sound even more awesome, (how could it be possible??) it was blurbed by James Dashner!!! (the guy who wrote Mazerunner and who has an awesome taste in books!!!!)
He said:
“The perfect blend of everything I love in a story. I hope a sequel comes soon!”
Well, I could go on and on about my excitement for this book or I could cut to the chase and have you read the excerpt instead of my weird ramblings!

When Dr. Brown stepped back in the room, he handed me a pamphlet: Drugs and the Teenage Mind. I groaned and shook my head.
“I’m not accusing you of anything, but when you’ve been a doctor as long as I have, you learn to read the signs.” Dr. Brown had kind eyes. They were sympathetic, compassionate...but it didn’t change the fact that he was as wrong as everyone else. “You know that any drugs you put in your system can affect your sleep patterns as well.”
I looked him straight in the eye. “Just for the sake of argument, let’s say I am on drugs that are keeping me from sleeping.”
His bushy brown eyebrows shot up. Clearly not the response he’d been expecting. “What are you on?”
“I didn’t admit anything, and it doesn’t matter.” I shook my head and leaned forward, my elbows resting on my knees. “What I need to know is, what happens to a person’s brain when they don’t sleep?”
Dr. Brown shook his head. “Don’t sleep at all?”
“Yes.”
“Well, first they’d be tired, irritable, emotional, obviously.” Dr. Brown shrugged, but he was watching my reaction closely. “And then there’d be tremors as the brain experienced stutters in its control of the body. Eventually the body would collapse from exhaustion and the problem would be fixed for the time being.”
No matter how tired I became, I never collapsed and my brain never slept. I wasn’t normal. I shook my head. “Let’s say it didn’t collapse. For whatever reason, a body kept going. What would happen next?”
He frowned. “That’s not possible without external interference—and extreme stimulation.”
“Okay, then with those things.” I’m not sure when I stood up, but his eyes widened as he looked up at me. “What would happen next?”
“I don’t understand. What’s this about?” He rolled his stool back a bit.
I took a step closer but kept my voice low. I needed him to answer. “What would happen next, doctor?”
He frowned and stood up, but I still had a couple of inches on him. “The person would become psychotic, experiencing a variety of dangerous psychological symptoms, and then...well, then the person would die.”
It felt like he’d punched me in the gut. The room spun a little and I crumpled back into my seat. My eyes glued to the carpet in front of me. The research I’d done...I was right. I’d been right. I didn’t want to be right.
Dr. Brown sat back on his stool and scooted it closer to me. “Why these questions, Parker? You aren’t saying that you—”
“No,” I interrupted, looking up with a forced smile. “It’s about a science project I’m working on.”


*****
Ummmmm......ISN'T IT AMAZING???? I'm pretty sure after reading that my mouth dropped open in admiration!!! The style, the words, the epic awesomeness, this book seems to have it all!
Admit it, You want to go buy the book, don't you???? So go do it!!
(Amazon, Indiebound, The Book Depository, Books a Million, or Barnes and Noble)

BUT WAIT THERE IS MORE!!! Ms. Johansson is having a giveaway!!! Fill out the raffelcopter form below to get a chance to win one of ten signed copies of Insomnia!
Here is the link: Rafflecopter
OR
just enter below:

WHAT DO YOU THINK OF THE EXCERPT???
ARE YOU EXCITED ABOUT THE BOOK???