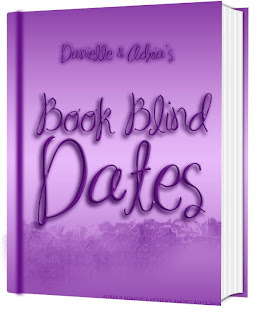 Okay, haen't actually participated in this for a couple of week's but it really is such a fun meme, that I need to start doing it!!!!

Beat the game. Save the world.
P******’s an average teen, glued to her cell phone and laptop, until the day her long-lost father sends her a link to a mysterious site featuring photos of her as a child. Curious, P***** enters the site, unwittingly unleashing a global computer virus that plunges the whole world into panic: suddenly, there’s no Internet. No cell phones. No traffic lights, hospitals or law enforcement. Only P*****’s B*****, a virtual-reality game created by P*****’s father, remains up and running. Together with her neighbors, gorgeous stepbrothers E**** and T*****, P***** must follow the photographs from her childhood in an attempt to beat the game and track down her father—and rescue the world.
Book Date #2:
In the C********, there is no more pain or war. Implanted computer chips have wiped humanity clean of destructive emotions, and thoughts are replaced by a feed from the L****** n********.
When Z**** starts to malfunction (or “g******”), she suddenly begins having her own thoughts, feelings, and identity. Any anomalies must be immediately reported and repaired, but Z***** has a secret so dark it will mean certain deactivation if she is caught: her g****** have given her uncontrollable telekinetic powers.
As Z**** struggles to control her abilities and stay hidden, she meets other g****** including M****, who can disguise his appearance, and A******, who has visions of the future. Both boys introduce Z***** to feelings that are entirely new. Together, this growing band of g******* must find a way to free themselves from the controlling hands of the C******* before they’re caught and deactivated, or worse.

WHAT DO YOU THINK???

Here are The RULES of Book Blind Dates

1. Select  2 books to be the "blind dates"
2. Set them up without the covers so readers can pick without ever seeing the beauty of the cover.
3. Star out the names. (Example D****) That way if readers have heard of the characters they aren't prejudice.
4. Link up each Monday. And post the cover to your previous weeks blind dates.
5. Join in and select which blind date you would choose in others match ups.