Echoes of Dark and Light For the longest time I have loved books where girls dress up as boys. It all began in probably fourth grade when my class read a book about a girl in the revolutionary war. And ever since then it is a topic that immediately interests me! So when I saw the summary for this book, I knew I had to read it! And it was a good book, but I had a few issues with it.
THE PREMISE
Seventeen-year-old Bobbi (Roberta) Rivers disguises herself as a young man in order to fight in the Civil War. She dares this mission for two reasons: first to fight for the country she loves, and second to find her older brother who came up missing in the Battle of Gettysburg. Bobbi joins up with the 27th Infantry of Michigan Volunteers, and the story follows their real life time line through many battles including The Crater and The Wilderness. On her quest, Bobbi finds herself also battling issues within herself, like fear, trust, strength, morality, and falling in love.
THE PROS
I really liked Bobbi! She was a really fun character! She wasn't afraid to risk her life in order to help another person. (Although at times she made extremely stupid decisions.) She cared A LOT about her brother and friends and really tried to make sure everyone made it out alive!
Throughout the book there were several really fun parts, like a scene with a snowball fight or a game of poker that really helped to pace the story. It was during these lighter scenes where you could begin to understand the true horrors of the Civil War.
I really enjoyed the character interactions! The characters worked well together and were really sweet. I loved Bobbi and Toby together and Woody was a great character.
There were some great twists, that made the book really enjoyable!
I also really liked the ending! It was really sweet and fit the story really well!
THE CONS
The writing didn't feel like it fit the time period. I mean these people were in the Civil War and they used terms that didn't really fit in with the time period. Sometimes I felt like Bobbi was a time traveler who went back to the past. (Which would have been a very interesting twist!) I can even give an example. At one point the word Lowlife was used and according to the Merriam-Webster online dictionary the first known use of the word lowlife was in 1911. And I'm not saying that it wasn't used before, it just felt out of place. (It's why I looked it up in the first place.) There were several other words that felt so out of place, (Was What's up used during the Civil War??) and I think that most people probably wouldn't care or notice these tiny little things, but it just really bothered me.When I read books I like to feel totally immersed in the book and feel like I'm part of the time period.....not like this is happening in my time.
This book had to many "coincidences" like Bobbi just happened to find her (very evil) father which later was important in the progression of the novel. Or when a train crashed it felt too much like it's only purpose was to show how strong and Brave (and stupid) Bobbi was.
I also felt that often Bobbi was still to much of a girl. I was surprised that people didn't realize it earlier.
OVERALL
My overall enjoyment was hindered because the book didn't have the Civil War feel. And While it was a really enjoyable read, that just bothered me to no end. But moving past that, I enjoyed the growth of Bobbi and her strength. She was a very fun character to read about even though at times I found her to be incredibly stupid. So this book is a solid 3.5 Stars making it a fun enjoyable read!
WOULD I BUY THIS BOOK: Perhaps
WOULD I READ THIS BOOK: Yes
WOULD I RECOMMEND THIS BOOK: If you can overlook the writing style and like the Civil War, then yes.
WILL I READ MORE BY THIS AUTHOR: Maybe 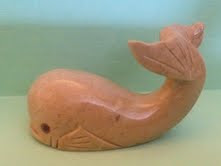 Received via Netgalley in return for an honest review.