THE PREMISE
After six years of “angels” coming out of the sky and taking people from her town, 16-year-old Riley Carver has just about had it living with the constant fear. When one decides to terrorize her in her own backyard, it’s the final straw. She takes her mother’s shotgun and shoots the thing. So it’s dead. Or … not? In place of the creature she shot, is a guy. A really hot guy. A really hot alive and breathing guy. Oh, and he’s totally naked.
Not sure what to do, she drags his unconscious body to the tool shed and ties him up. After all, he’s an angel and they have tricks. When he regains consciousness she’s all set to interrogate him about why the angels come to her town, and how to get back her best friend (and almost boyfriend) Chris, who was taken the year before. But it turns out the naked guy in her shed is just as confused about everything as she is.
He thinks it’s 1956.
Set in the deep south, OUTCAST is a story of love, trust, and coming of age. It’s also a story about the supernatural, a girl with a strange sense of humor who’s got wicked aim, a greaser from the 50’s, and an army of misfits coming together for one purpose: To kick some serious angel ass.

MY THOUGHTS
I had heard A LOT of really good things about this book and I was really excited to read it, but I was a little bit worried. I do not like books set in the south that have southern voices/accents. It is a serious issue!!! I really couldn't get through Beautiful Creatures because the accent bothered me. I have issues..... But this book, somehow, I was able to overlook the accents and fall in love with the book. (And that sounds really bad....I don't mind southern accents when I'm talking to people, but reading a book like that....the writing style just doesn't click in my brain...)
This was one of the main reasons I bought the book....The cover...It is AMAZING! It's sooooo pretty and it fits the book soooo well! I just LOVE it!!!
I really loved the characters in this too! Riley was a great protagonist! She was strong and didn't care what other people thought of her. She was always herself! I really loved Gabe too! He was super funny and added the necessary humor to the book, making everything lighter. And he and Riley were so cute together!!! I really enjoyed all of the other characters as well. I loved how Lacy wasn't the total mean girl that she was supposed to be! Pastor Warren was a great creepy character (seriously he was CREEPY) and I liked how The Church of Angels was kind of like a cult with Pastor Warren as the leader!
I really like the concept and execution. In the past year or so, I've read a few angel books and even after those few book, things were becoming predictable. In this book though, there were twists and turns that I never saw coming!!! I loved how the author wrote this!
This book was slightly slow paced, but it really didn't feel that way. It was set of the course of a year and you really were able to see the character growth! It really did feel like the characters had gone through a whole year and it was clear when everything was taking place. (I mean there were NO moments where I was reading about one season and then the next it was a different month and I had no idea when it had changed.)
And the ending.....I just.....it was an ending where after I finished the book I laid in my bed staring at the ceiling, incapable of falling asleep. The ending was....I really can't even say anything without giving everything away! But even though the ending was really heartbreaking, it was still really good!
I do think that there were some loose ends that weren't fully tied up. And I would love for there to be another book, but I doubt that will happen. (Although I'm crossing my fingers!)
OVERALL
Recently I've been in a bit of a reading slump, but this book pulled me out of it! I loved this book! The characters were great and likeable. the concept was unique and interesting! And overall this was a great read for practically everyone!!
WOULD I READ THIS BOOK: YES!!!!
WOULD I BUY THIS BOOK: YES!!!
WOULD I RECOMMEND THIS BOOK: YEP!!!
WILL I READ MORE BY THIS AUTHOR: YES!!! I really want to read The Friday Society! (Which is by this author!) 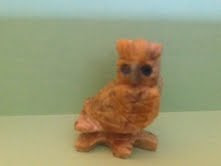