Today I am excited to have the chance to show you all the cover reveal for Born of Deception the sequel to Born of Illusion!
So personally I loved the first cover an the second one wow! *whistles*
ARE YOU READY TO SEE IT???
YOU CAN STILL BACK OUT.... I mean I know after seeing the pretty cover you'll be dying to get your hands on the book....
I know! It's so hard to resist...
.
.
.
TA-DA 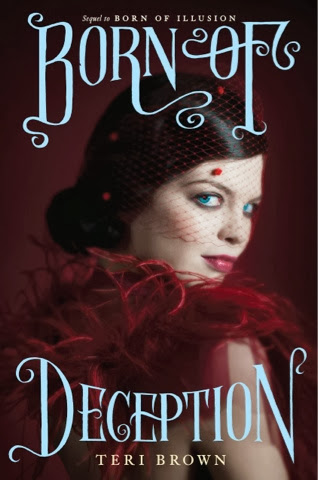 Budding illusionist Anna Van Housen is on top of the world: after scoring a spot on a prestigious European vaudeville tour, she has moved to London to chase her dream and to join an underground society for people like her with psychic abilities. Along with her handsome beau, Cole Archer, Anna is prepared to take the city by storm.

But when Anna arrives in London, she finds the group in turmoil. Sensitives are disappearing and, without a suspect, the group’s members are turning on one another. Could the kidnapper be someone within the society itself—or has the nefarious Dr. Boyle followed them to London?

As Cole and Anna begin to unravel the case and secrets about the society are revealed, they find themselves at odds, their plans for romance in London having vanished. Her life in danger and her relationship fizzling, can Anna find a way to track down the killer before he makes her his next victim—or will she have to pay the ultimate price for her powers?

I’m not sure who to tell you about here because I’m actually two people rolled into one. As a responsible mother of teens, I show one persona to the world. That person is driven, conservative and level headed. But the other part of me just never grew up. She is rebellious, impulsive and curious.

It’s hard being both these people. They’re often at odds.

The mother part of me knows I should put a cap on how many animals we take in. The teen part of me wants to save them all. We have five cats and two dogs. Who do you think is winning?

Even now. The mother part wants to make a meatloaf, mashed potatoes, and a tossed salad. The teen part wants to order a pizza, work on my website and check my Facebook.

Luckily, though my two halves don’t always agree, both of us live happily in Portland, Oregon, with a husband and too many animals. And we both love to write and write and write..
Twitter: https://twitter.com/teribrownwrites
Facebook:https://www.facebook.com/teri.foremanbrown
Website: http://www.teribrownbooks.com/ 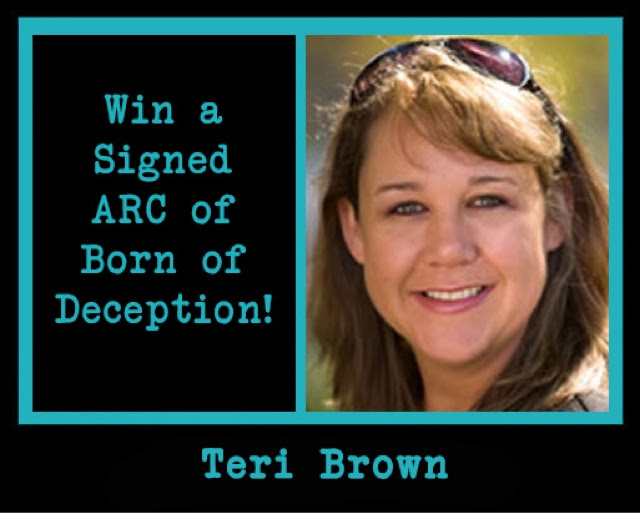 And I'm really sorry but blogger is being stupid and won't post the actual giveaway form so here's the link!!
http://www.rafflecopter.com/rafl/display/e849f7694/
The writer of this awesomeness is Fly to the Sky completed (or at least posted) at 10/11/2013 05:13:00 PM