Waiting on Wednesday: On the Fence

THIS WEEK I'M WAITING ON:

On the Fence
By Kasie West 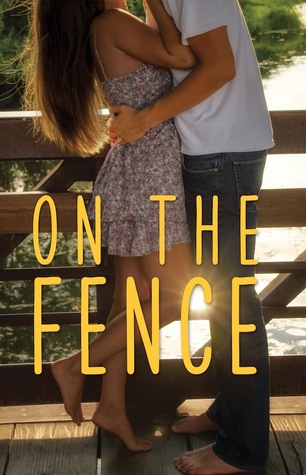 THE PREMISE
For sixteen-year-old Charlotte Reynolds, aka Charlie, being raised by a single dad and three older brothers has its perks. She can out-run, out-score, and outwit every boy she knows--including her long-time neighbor, and honorary fourth brother, Braden.

But when it comes to being a girl, Charlie doesn't know the first thing about anything. So when she starts working at a chi-chi boutique to pay off a speeding ticket, she finds herself in a strange new world of makeup, lacy skirts, and bedazzlers. Even stranger, she's spending time with a boy who has never seen her tear it up in a pick-up game.

To cope with the stress of faking her way through this new reality, Charlie seeks late night refuge in her backyard, talking out her problems with Braden by the fence that separates them. But their Fence Chats can't solve Charlie's biggest problem: she's falling for Braden. Hard. She knows what it means to go for the win, but if spilling her secret means losing him for good, the stakes just got too high.

RELEASE DATE:
July 1st 2014
I LOVED Kasie West's other books (Pivot Point and The Distance Between Us) So I'm super excited for this book! Too bad it's such a long wait! Also is this the real cover? It's the one that's on goodreads, but it doesn't have her name on it and personally I'm not a big fan....

Anyhow! Super excited for this one!

WHAT ARE YOU WAITING ON??