THIS WEEK I'M WAITING ON:
Latitude Zero
By Diana Renn 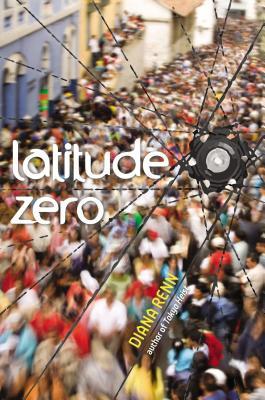 “I have to run,” said Juan Carlos. “You will call? Please? It is very important.”
“Yes. I will call. Definitely. At two.”

That’s what Tessa promises. But by two o’clock, young Ecuadorian cycling superstar Juan Carlos is dead, and Tessa, one of the last people ever to speak to him, is left with nothing but questions. The media deems Juan Carlos’s death a tragic accident at a charity bike ride, but Tessa, a teen television host and an aspiring investigative journalist, knows that something more is going on. While she grapples with her own grief and guilt, she is being stalked by spies with an insidious connection to the dead cycling champion. Tessa’s pursuit of an explanation for Juan Carlos’s untimely death leads her from the quiet New England backwoods to bustling bike shops and ultimately to Ecuador, Juan Carlos’s homeland. As the ride grows bumpy, Tessa no longer knows who is a suspect and who is an ally. The only thing she knows for sure is that she must uncover the truth of why Juan Carlos has died and race to find the real villain—before the trail goes cold.
RELEASE DATE: July 3rd, 2014
Why I'm waiting: Well... It's by Diana Renn... There are cyclists involved and it sounds awesome, does it not?
The writer of this awesomeness is Fly to the Sky completed (or at least posted) at 6/25/2014 12:00:00 AM 1 comment: 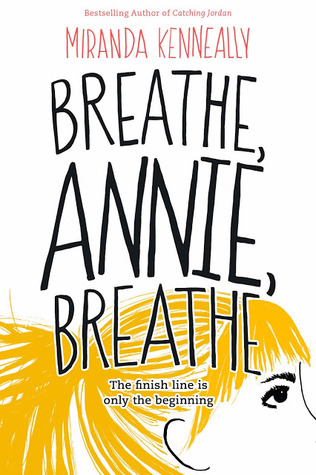 Eighteen-year-old Annie Winters can barely run a mile without wheezing. Still, she’s training to run the Music City Marathon in seven short months. Running is so not her thing, but she has to finish what her boyfriend started… before he died.

Annie feels guilt that she’s still alive and blames herself for his death. Plus, training gives her something to do, it’s a distraction. So is Jeremiah Brown.

He’s an adrenaline junkie who runs marathons backwards. He flirts with Annie on the trails and it makes her feel alive and happy and guilty all at the same time. She wants to both race into his arms and sprint in the opposite direction – because loving is a risk she’s not sure she’s ready to take again…

RELEASE DATE: July 1st, 2014
Why I'm waiting: I love running and I'm really excited to see what the author does with this. It should be interesting to see how it turns out!
The writer of this awesomeness is Fly to the Sky completed (or at least posted) at 6/18/2014 04:40:00 PM 1 comment:

Waiting on Wednesday: Find Me Where the Water Ends

THIS WEEK I'M WAITING ON:
Find Me Where The Water Ends
By Rachel Carter 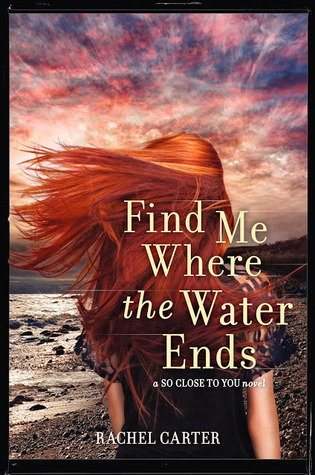 Lydia has been trained into a person she might have once feared: focused, fierce, deadly. Although she never wanted the life of a Montauk Project recruit, the Project has captured someone she loves-someone she'll do anything to save.

Then Lydia glimpses a world in which the Montauk Project never existed. The Project has taken so much from Lydia already, but she knows that she will sacrifice everything to make her vision of a world without the Project a reality.

Publishers Weekly said that "readers will be hooked" by Rachel Carter's plot-twisting So Close to You series. The conspiracy theories, romance, and compelling "what if?" questions build to a satisfying series end, making Find Me Where the Water Ends the perfect fit for the teen fans of light science fiction like The Time Traveler's Wife.


RELEASE DATE: July 1st, 2014
Why I'm waiting: I LOVE the first two books in the series and after the cliffhanger at the end of the last one I kind of need this book NOW! Plus THE COVER! Gorgeous!
The writer of this awesomeness is Fly to the Sky completed (or at least posted) at 6/11/2014 12:00:00 AM 1 comment:

Waiting on Wednesdays: The Body in the Woods

THIS WEEK I'M WAITING ON:
The Body in the Woods
By April Henry 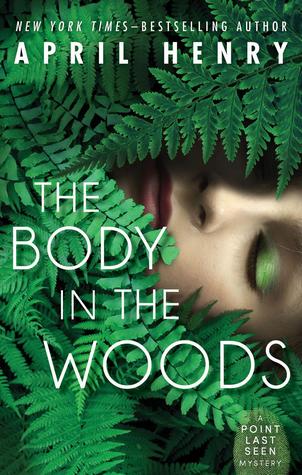 In this new series told from multiple perspectives, teen members of a search and rescue team discover a dead body in the woods.

Alexis, Nick, and Ruby have very different backgrounds: Alexis has spent her life covering for her mom’s mental illness, Nick’s bravado hides his fear of not being good enough, and Ruby just wants to pursue her eccentric interests in a world that doesn’t understand her. When the three teens join Portland County Sheriff’s Search and Rescue, they are teamed up to search for a autistic man lost in the woods. What they find instead is a dead body. In a friendship that will be forged in danger, fear, and courage, the three team up to find the girl’s killer—before he can strike one of their own.

This first book in April Henry’s Point Last Seen YA mystery series is full of riveting suspense, putting readers in the middle of harrowing rescues and crime scene investigations.