Waiting on Wednesday: The Islands at the End of the World

THIS WEEK I'M WAITING ON:
The Island at the End of the World
By Austin Aslan 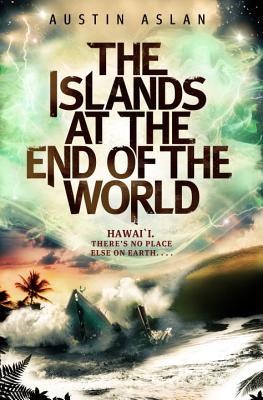 In this fast-paced survival story set in Hawaii, electronics fail worldwide, the islands become completely isolated, and a strange starscape fills the sky. Leilani and her father embark on a nightmare odyssey from Oahu to their home on the Big Island. Leilani’s epilepsy holds a clue to the disaster, if only they can survive as the islands revert to earlier ways.
A powerful story enriched by fascinating elements of Hawaiian ecology, culture, and warfare, this captivating and dramatic debut from Austin Aslan is the first of two novels. The author has a master’s degree in tropical conservation biology from the University of Hawaii at Hilo.


RELEASE DATE: August 5th, 2014
Why I'm waiting: I'm really in the mood to read something about Hawaii and this book sounds so interesting. Definitely can't wait for this one's release!
The writer of this awesomeness is Fly to the Sky completed (or at least posted) at 7/16/2014 12:00:00 AM