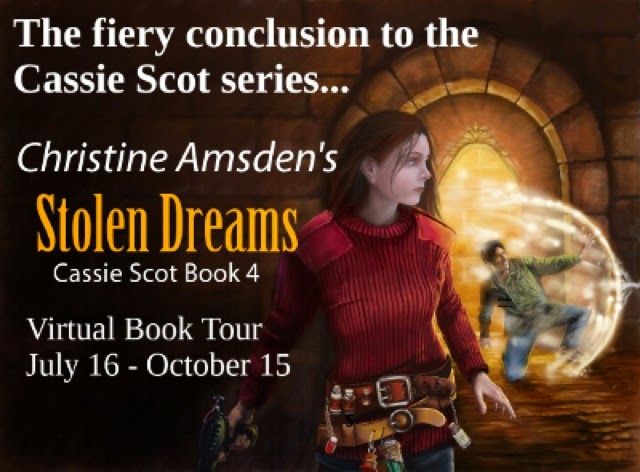 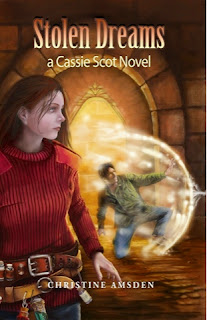 THE PREMISE
Edward Scot and Victor Blackwood have despised one another for nearly a quarter of a century, but now their simmering hatred is about to erupt.

When Cassie Scot returns home from her sojourn in Pennsylvania, she finds that her family has taken a hostage. Desperate to end the fighting before someone dies, Cassie seeks help from local seer Abigail Hastings, Evan Blackwood’s grandmother. But Abigail has seen her own death, and when it comes at the hand of Cassie’s father, Victor Blackwood kills Edward Scot.

But things may not be precisely as they appear.

Evan persuades Cassie to help him learn the truth, teaming them up once again in their darkest hour. New revelations about Evan and his family make it difficult for Cassie to cling to a shield of anger, but can Evan and Cassie stop a feud that has taken on a life of its own? Conclusion to the Cassie Scot series.

MY THOUGHTS
Cassie Scot has become a series which I can safely say is a favorite of mine. Each time I pick up the newest book I think that it can't be nearly as good as the previous one, yet somehow Christine Amsden manages to amp it up with each new book.
In this final installment in Cassie's life, the reader sees Cassie reach new heights as a character and make choices that reflect her character perfectly.
I completely loved the romance in this book and I was so happy with how things played out in this book!
In each book I'm amazed at Amsden's expertise at throwing in twists that I would never see coming. So many of the predictions that I made prior to reading this book were completely wrong and made me admire Amsden's skills as a writer even more.
I have to admit that there were several sections where I feared up (partially because it's the last book) but also because of the way that Amsden wrote. At this point I felt as though I knew all of her characters and that their decisions personally effected me.
I also really liked how not every character got their happy ending. There was a lot of death and tragedy that made the story realistic for the reader.
Sitting here writing my review and rereading my notes for the book feels so sad. There is so much more I have to say about this book, yet half of it is extremely spoilery and I don't want to say anything to give away what happens.
So I'm going to leave it on this note. This book (along with the rest of the Cassie Scot series) was a roller coaster. I laughed, I cried, and I grew closer to these characters than any other book I've read in the past few year. (Which is really saying a lot. I read A LOT of books) I am so glad that I was introduced to the world of Cassie Scot and have become a huge fan of anything that Christine Amsden writes. Cassie Scot is without a doubt in mind one of the best fantasy series I've ever read and I can't wait to read the stories that the author plans to publish about some of the other characters. I don't think I will ever be able to give this series enough praise.

Rafflecopter Giveaway ($100 Amazon Gift Card) Code
(For some reason I can't get this to pop up on my blog so here is the link!)

The Cassie Scot Series:
Cassie Scot is the ungifted daughter of powerful sorcerers, born between worlds but belonging to neither. At 21, all she wants is to find a place for herself, but earning a living as a private investigator in the shadow of her family’s reputation isn’t easy. When she is pulled into a paranormal investigation, and tempted by a powerful and handsome sorcerer, she will have to decide where she truly belongs. 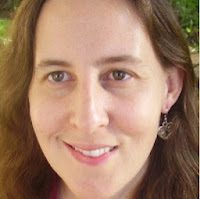 Christine Amsden has been writing fantasy and science fiction for as long as she can remember. She loves to write and it is her dream that others will be inspired by this love and by her stories. Speculative fiction is fun, magical, and imaginative but great speculative fiction is about real people defining themselves through extraordinary situations. Christine writes primarily about people and relationships, and it is in this way that she strives to make science fiction and fantasy meaningful for everyone.

At the age of 16, Christine was diagnosed with Stargardt’s Disease, a condition that effects the retina and causes a loss of central vision. She is now legally blind, but has not let this slow her down or get in the way of her dreams.

In addition to writing, Christine teaches workshops on writing at Savvy Authors. She also does some freelance editing work.

Christine currently lives in the Kansas City area with her husband, Austin, who has been her biggest fan and the key to her success. They have two beautiful children.